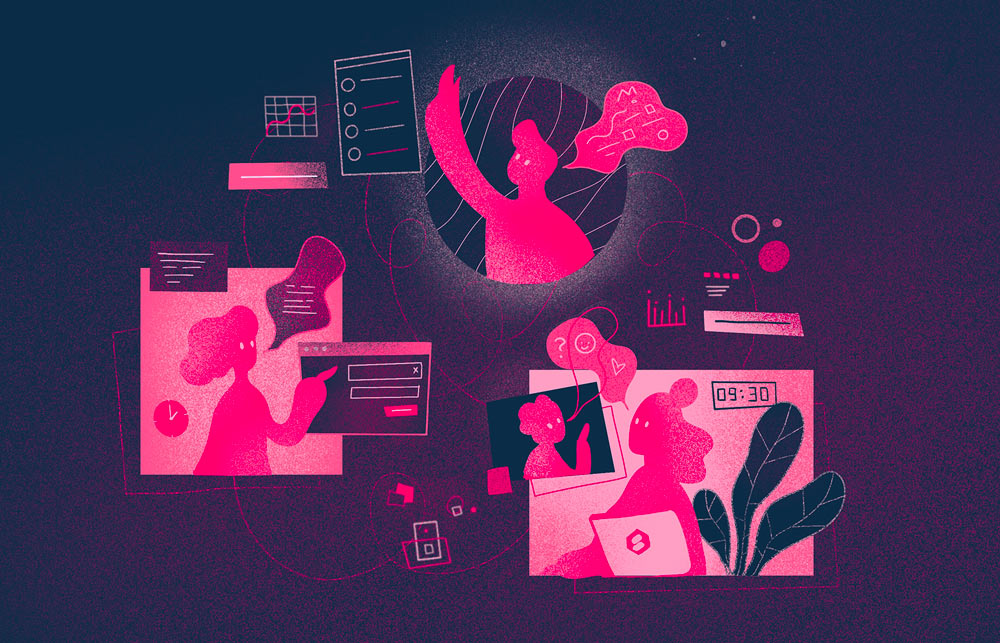 Working in a company with an inclusive culture is important and it’s good for business, too.

Inclusive workplaces enable and encourage employees with different personalities, values, perspectives, and cultural backgrounds to coexist and thrive. In turn, employees who feel welcome, respected as unique individuals, who feel heard, and that they belong are more engaged and productive, and more likely to stick around. That’s exactly what I want to achieve at Weaviate.

However, inclusive workplaces don’t simply happen, nor can they be wished into existence. In a previous job, I worked for a large company based in the Netherlands; my department - that was part of the head office - had hubs in several other European countries. Some of those satellite locations had been part of our department for years. And yet, I came to realize that the people who worked in those locations felt left out, maybe even less important. Even though we were part of a global company, my department saw lots of things from our “headquarters” perspective. Even back then, I already felt strongly about creating a team - or culture - where people felt equal and included.

Creating an inclusive culture is at the heart of my personal vision for Weaviate, however it’s been a learning process. Despite my best intentions, I had a tendency to start meetings off with, “Good morning,” or “Good afternoon,” depending on what time it was here in the Netherlands. It was a colleague who pointed out that it was not morning for everyone; indeed it might not even be the same day of the week for some people! I learned that even the smallest things can contribute to inclusiveness.

For a while, some colleagues in our company had a co-working space where they met up a couple of days a week. We realized that by giving a part of the group a place to go to, we might accidentally create a subgroup. That was not something we wanted. We ended that arrangement because we really feel that we should be a remote-first company on principle. At the same time, we still encourage and facilitate colleagues meeting up to work together when they feel like it.

So, how can you start to create an inclusive culture?​

Besides small things like not saying, “Good morning,” just because it’s morning where I happen to be, here are some additional practices I follow to ensure that everyone at Weaviate feels included no matter where they may be-or whether we’ve ever even met IRL.

We have settled on English as our “official language”. We aim to speak and write in English in all work-related conversations. We try to stick to this rule even in one-on-one situations where both people share another native language. This is important because you never know when you may need to loop someone else in.

At first, we had one All Hands per month where everyone could join in. But later, as more people started joining from different time zones it was often inconvenient for those checking in from the U.S. or Australia. In an effort to be fair to all, for a while we alternated between a time that was reasonably convenient for Europe and America in one month, then a time convenient for Europe and Australia the next. We recorded all sessions for those who couldn't join. Generally this system worked well, but we’ve since gone one step further. We now host two All Hands meetings on the same day, one at 10:00 am and a repeat at 4:00 pm (in the Netherlands), so that everyone can join at a more convenient time, no matter where they live.

We mainly rely on Slack for asynchronous communications. We don't expect people in different time zones to respond right away, and we respect each person’s ability to set the time in which they’ll focus on work. Working asynchronously releases us from the expectation that people should respond at that moment and I find that respecting others’ time and work-styles strengthens an inclusive culture. Of course, we’re all used to DMs and text messages, so it may be a mindset that you need to learn. I know that I have had to become a bit more patient, but I feel that change was good for my mental health as well.

How UX (or EX) can contribute to an inclusive culture​

I take an employee-centric approach; my “door” may be virtual but it’s almost always open. It’s a statement of the obvious, but a good place to start is simply asking people if they feel included. Ask questions like, “What can we do to become a more inclusive work environment for you?” and “What does and doesn’t work at Weaviate?”. Having open communication and conversations are essential in my opinion.

One of our company’s five values is kindness. We want our people to be kind, respectful and show empathy towards others. This last part-showing empathy towards each other-is important when creating an inclusive culture. This means that managers should allocate time to check in with people and have those open conversations. You should ask about people's needs, acknowledge them, and tailor your actions accordingly.

Making sure everyone is heard​

Whether people are more- or less-inclined to speak up in remote meetings depends on the individual. However, it’s easy to overlook the ones who in general say less. I’m quite extroverted but if I’m in a group of ten people and three of them are contributing a lot to the conversation, I may not speak up. If you’re an owner of a meeting, you should make sure to ask everyone’s opinion, paying attention to people who you know won’t likely share an opinion unless they’re invited to do so.

At Weaviate, we also strive to ensure that anyone who is reluctant to interrupt the flow of a meeting to ask questions or make comments has other ways to express their opinion. They can ask questions in the meeting chat, or in a Slack channel. We sometimes use interactive polls that allow people to speak up anonymously. In some meetings we use a Miro board that also allows for anonymous contributions to the discussion. And of course if these means don’t suffice, my virtual office door is always open!

At Weaviate, we are still a small group numerically but we’re already distributed across several continents. My goal is for everyone-whether they’re near or far-to feel close to each other.