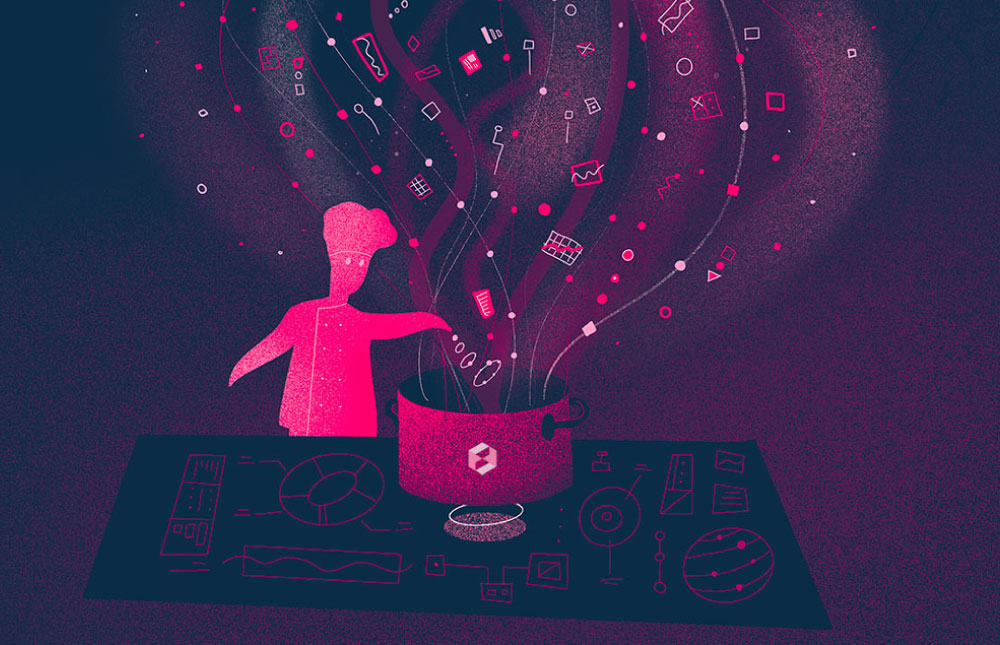 A question that I get a lot is, “Why would you create an open-source business?”

That’s understandable; I must seem like an inventor who refuses to patent his inventions or an entrepreneur giving products away for free. If you’re starting your own open-source business, you’ll hear this question from the talent you’re trying to hire, customers and investors, and maybe you’ll even ask yourself the same question. If you have trouble explaining how such business models work, try using an example of a business from outside the world of software.

One such business is Momofuku, the restaurant empire of chef David Chang. If he had chosen a closed-source model, he would force kitchen employees to sign NDAs and make all his revenue selling food to restaurant customers. But instead, Momofuku restaurants typically have bar seating that looks directly into the kitchen. Chef Chang publishes his recipes in cookbooks and on his website; he demonstrates his techniques on cooking shows; Momofuku even sells key ingredients under its own brand. That media exposure results in a steady stream of customers that are monetized both the traditional way and through the sale of cookbooks, ingredients and appearances, where Chang’s speaking fees can reach six figures.

Open-source software companies like mine are just taking that Momofuku metaphor one step further—it’s as if we also gave away the restaurant meals in order to monetize the cookbooks, ingredients and appearances. However, unlike a restaurant, my company, Weaviate, produces a “deep tech” infrastructure software product that end users may never see. Building a strong brand around such “invisible” products is not quite as straightforward.

If this is your goal, too, you should begin by cultivating a community of users (usually software developers). This calls for radical transparency and, yes, making your technology available for free, because you have to prove that you can add value first, then build a community of users. Only later will you monetize the products or services that will allow you to capture some of that value. Demonstrating value begins with putting all the code and documentation online and getting developers to use your products. At this stage, winning does not look like an increasing revenue stream; it looks like a growing user base. There are all kinds of ways to monitor that. You can count downloads or Slack or Discord users, and open-source companies on GitHub can count “stars.”

That data becomes a marketing asset. It’s analogous to the top of a traditional, closed-source business’s marketing or sales funnel. It replaces the kinds of inbound and outbound marketing that a traditional business would use to build awareness.

That awareness is built as people directly use the software. This is not to be confused with a “freemium” model, which limits what somebody can do with the technology; a true open-source model gives access to the entire core technology. Although some CEOs will balk at the idea of a business in which many or even most users won’t pay for that core technology, those nonpaying users actually add value to the open-source technology by spreading its use and building on top of it. The model works because the value is created around the open-source core by creating an ecosystem of users. The goal is an unfiltered relationship with the developers using it.

My company captures value with SaaS and hybrid-SaaS products and service-level agreements with clients. Your model may vary in the details, but in general, an open-source marketing strategy works in four stages:

The choice to seek a small slice of a larger pie—rather than pursuing a whole pie for oneself—is not only made by small companies and startups. For example, this is exactly the approach Google took with its TensorFlow machine-learning platform, its Material Design framework and its Go programming language. Those products are completely open-source; anyone could run them on another cloud provider, like AWS. But they sit in the Google ecosystem, and they bring a significant share of users, talent and customers into that ecosystem, where they also use paid services from Google Cloud.

Of course, choosing an open-source business model is not without risk (paywall). Competitors are free to copy your technology, and some percentage of users—even most users—may never become paying customers. If you choose to join me in using this business model, it will mean that we both believe we can build products that are better than anything our rivals can make. We also have that in common with David Chang—any rival chef can buy a Momofuku cookbook and attempt to create the same meals.

It seems that Chef Chang welcomes the challenge, and so do we.